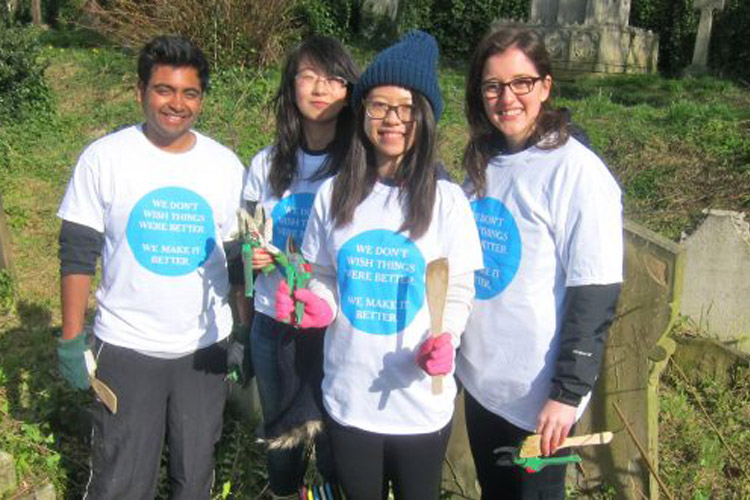 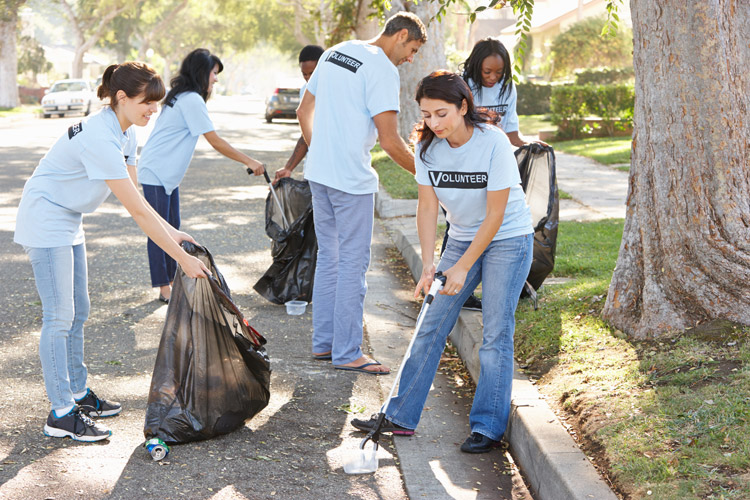 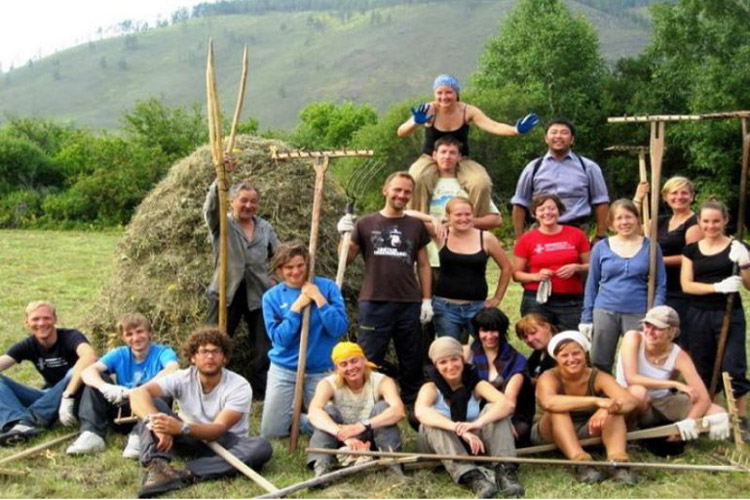 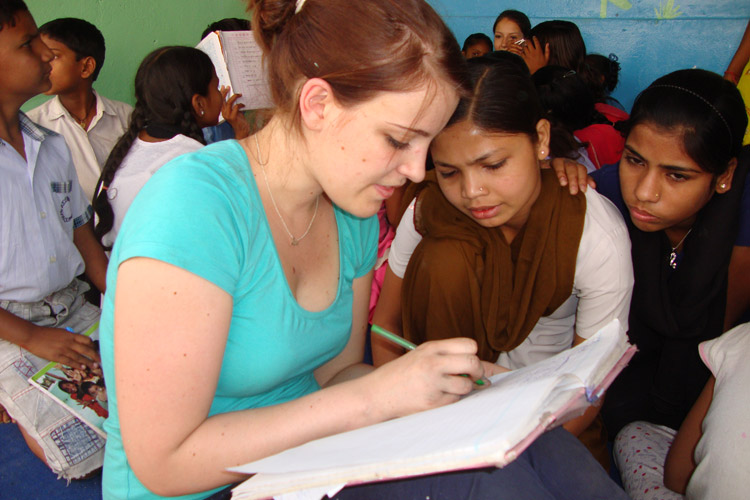 Volunteering with Disables in Nepal 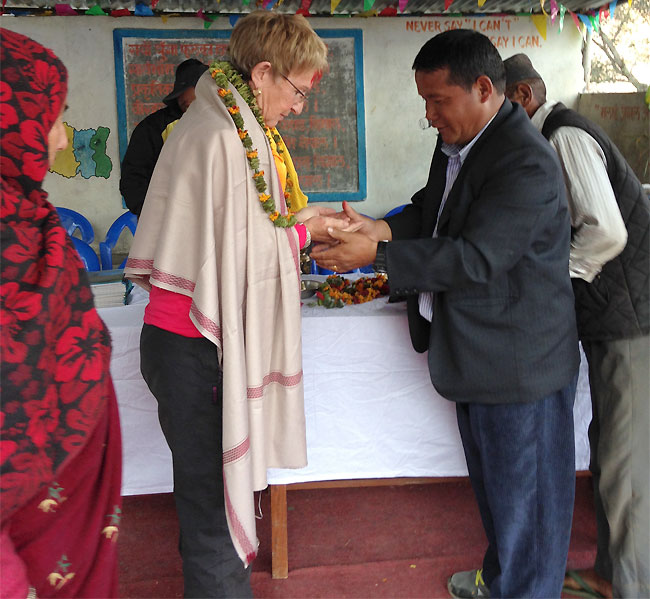 For several years, as I was getting near the end of my teaching career, I had thought that I would like to start my retirement by doing some voluntary work.  I did not, however, know where. I had worked in the Far East for a number of years and discovered many developing countries and wonderful people. As I travelled in the developing world, I realised how privileged I was and became more and more eager to begin my retirement with a period of voluntary work in a country where hopefully... 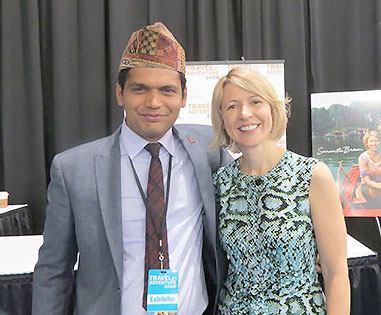 Good karma foundation was founded after the Nepal Earthquake of April 2015, the biggest disaster of our history. The Foundation helped in the huge rebuilding and reconstruction work, which captivated our volunteers from worldwide destinations. This year has been one of the most trying in Nepalese history. Our plan is to go ahead with as much work as we can fund to make Nepal a better place to live in guided by our best idea as, our altruistic philosophy, our resources and technology. There are many national and international, non-governmental organizations in nepal and Good Karma is trying to be an effective one . Read More

Why Volunteer in Nepal?

Nepal is one of the most beautiful, culturally rich and welcoming countries in the world. It is home to Mount Everest, the birthplace of Buddha, and an astonishingly beautiful and diverse landscape, ranging from the well-known peaks of the Himalaya to the low-lying regions of the Terai. The Nepali people are as diverse at the geography, with over 70 languages or dialects and scores of traditional festivals celebrated throughout the year.

Effective use of volunteer with expertise in health and education to improve the social conditions in rural Nepal. 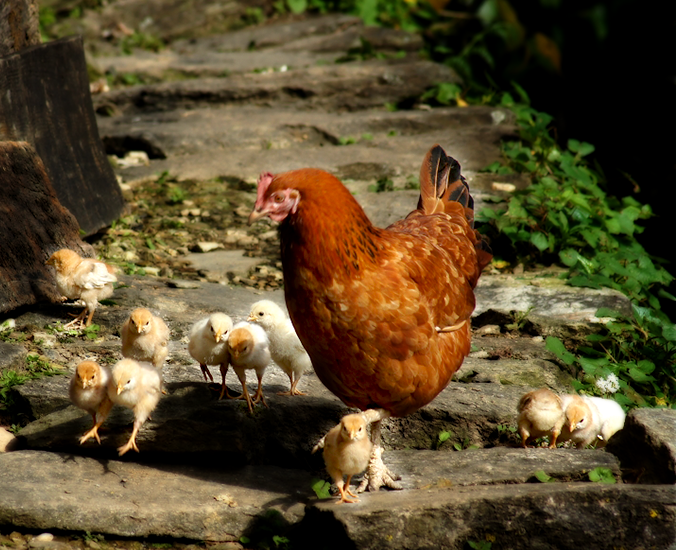 How you can help NEPAL ?

Which came first, the chicken or the egg?

The question has changed for the Good Karma Foundation. The important question now is, “How many chickens can we donate to schools in rural Nepal so students can sell eggs to buy needed supplies?

The Good Karma Foundation is kindly asking all friends of Nepal from around the world to donate funds to make this happen. Your donation will give the Nepalese children and their families an opportunity to apply their own ingenuity and hard work to acquire food, clothing and educational supplies.

DONATE to this Campaign to change lives of many Nepali Children's in rural areas . 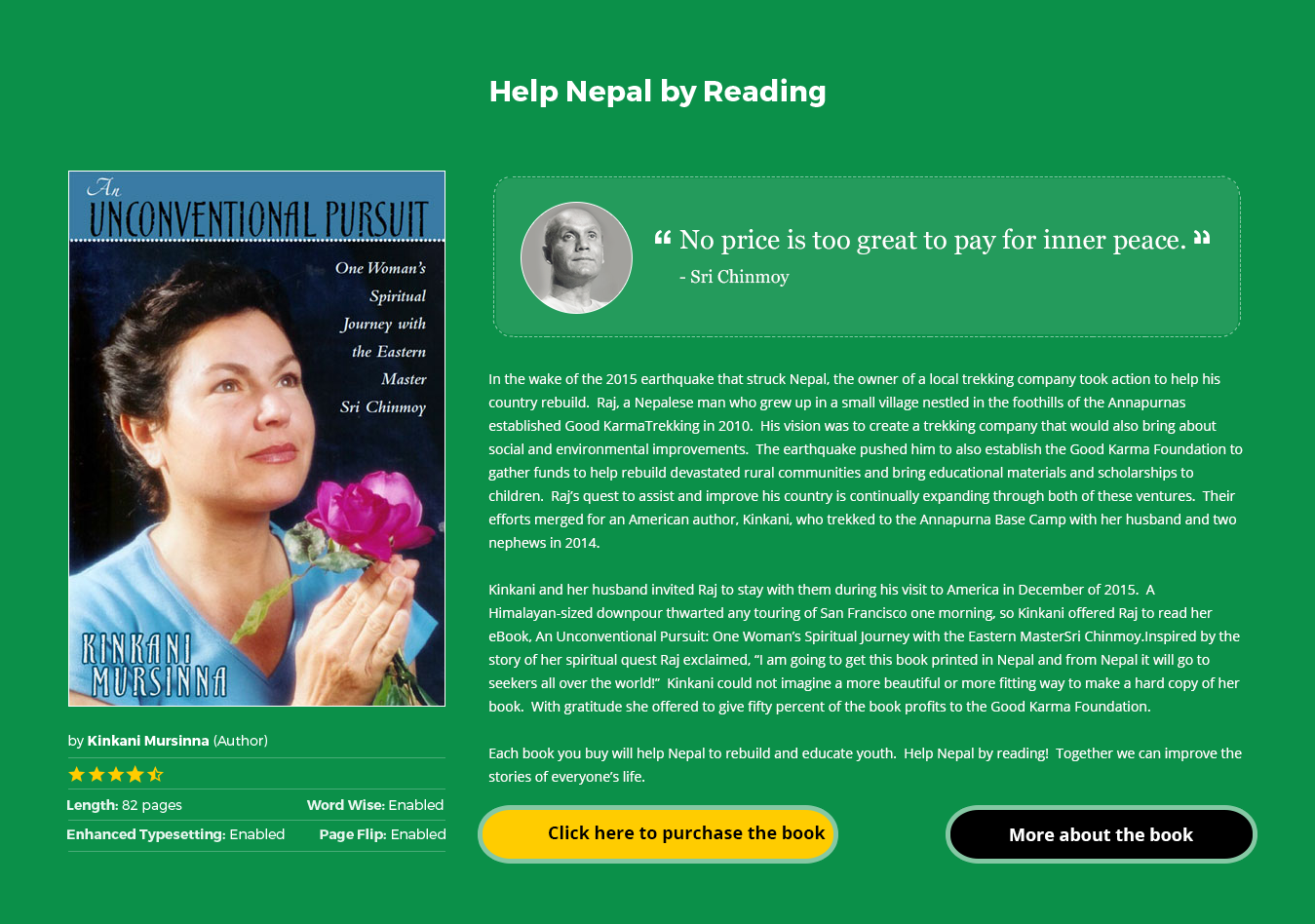 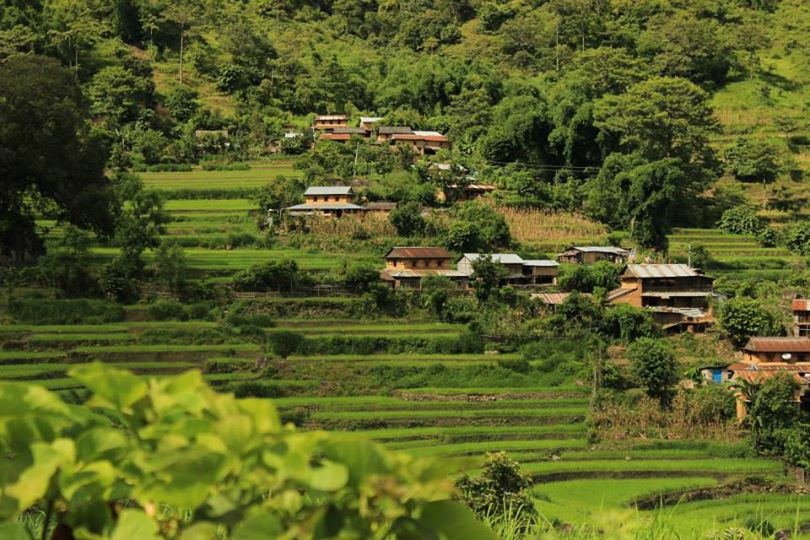 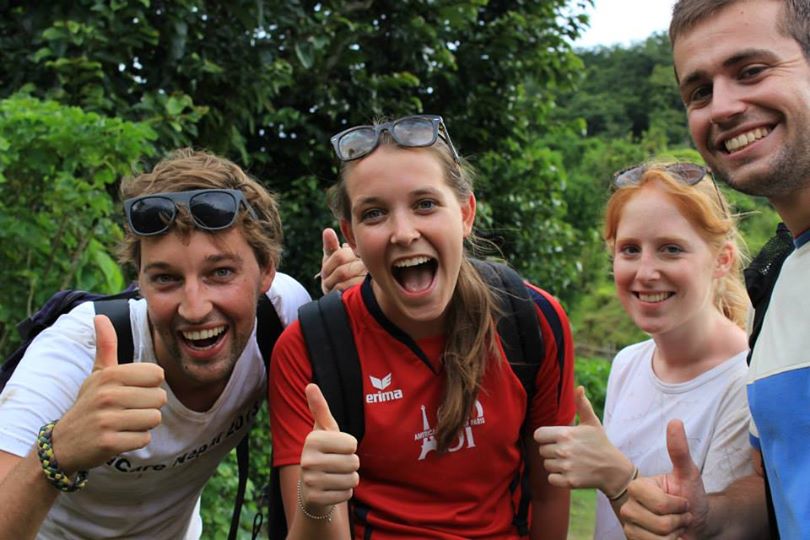 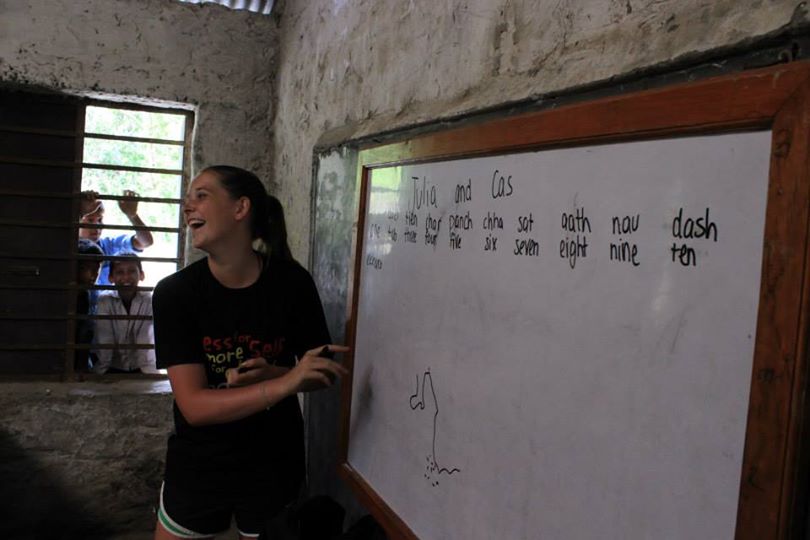 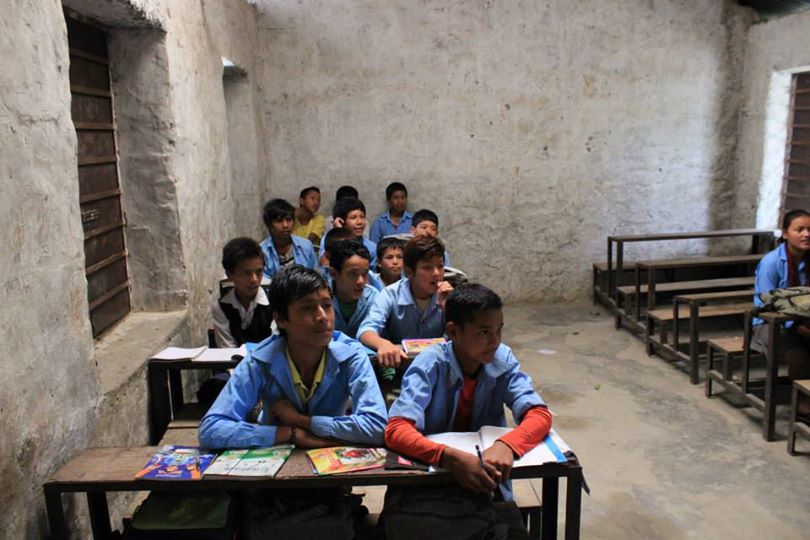 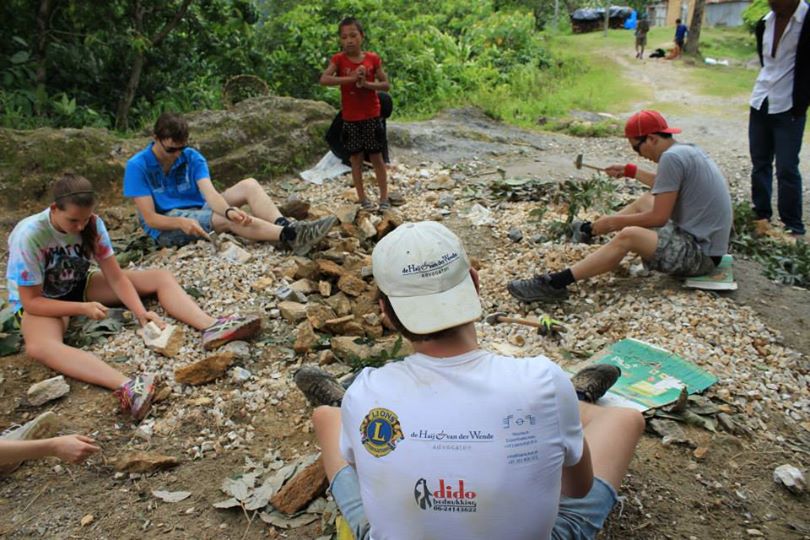 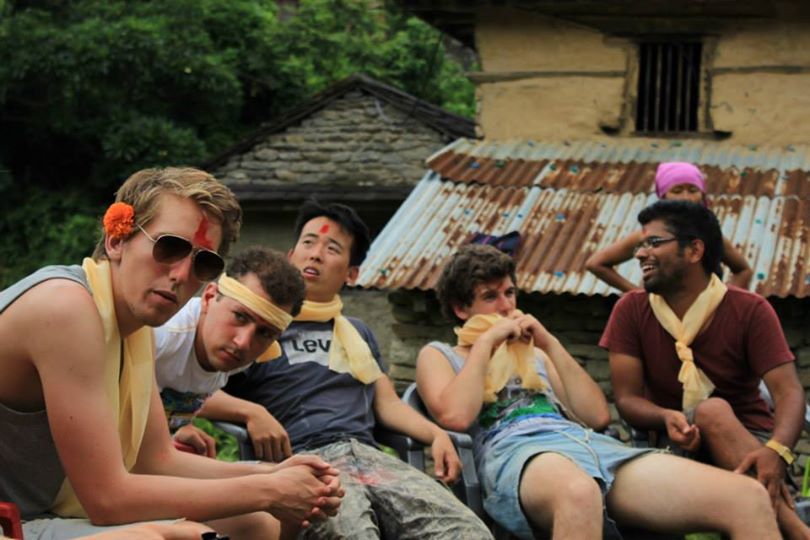